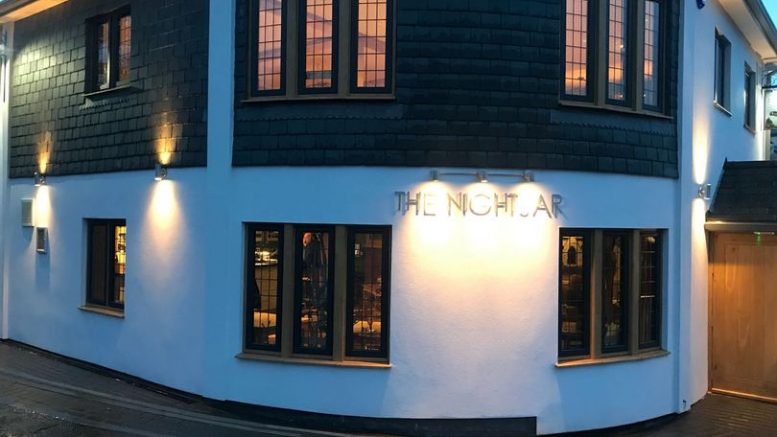 Cosy But Classy’: Inside The Night Jar Inn – the new gastropub that’s opened just outside Exeter.

“Best get another drink in before it gets busy in 10 minutes,” the manager tells me.

Cosy But Classy’: Inside The Night Jar Inn – the new gastropub that’s opened just outside Exeter

As the clock strikes 7pm, there’s a mini surge through the door as the locals arrive for the evening.

While this may not be a spectacular feat, it showed how staff at The Night Jar Inn already have an acute knowledge of their local community’s behaviourisms already, despite the new Aylesbeare venue only being open for a couple of weeks.

It’s an awareness and attention to the finer details that is already being appreciated by the locals in the village, with the venue very much a hub for people in the area.

Over 150 people turned up at the venue that day, despite the snow, to not only get themselves a winter warmer but to show their appreciation to the pub’s thoughtful owners.A complete refurbishment took place, with changes both inside and out – and of course, the name.

Sleek, dapper and polished, the venue is warm and welcoming with a modernised touch, but still retains all the old school values that puts a smile on the faces of the locals: attentive staff and a good selection of beers and ales.

While the downstairs is mainly for drinking, the upstairs provides more of an intimate dining experience.

It does, however, have an open centre, allowing the vibrancy of the lower floor to rise to the second level.

The food is impressive too.

While the fish was tender, its natural flavour was cleverly complimented with a tangy citrus sensation.

Meanwhile, the chilli helped to provide a nice kick. At the time I wished that there was a bit more of it.

When I was served the main dish, I understood why – a big, hearty serving which was perfect for a cold and wet midweek evening.

Simply put as the Free Range Devonshire Chicken, the meal is served with black truffle tortellini, mushrooms, Dorset Nduja and Kale, all sitting on a creamy gravy.

A minor gripe I have about roast chicken is its tendency to be dry, but this wasn’t the case here.

Its tenderness also allowed for its light seasoning to come through and was backed up excellently with the black truffle in the tortellini and the Dorset Nduja – although I would have liked to have seen a bit more spice to have been emanated here.

Classy but not pretentious, bright but not invasive, it’s a great destination to visit if you’re looking to visit a venue just outside of Devon on your food forays.