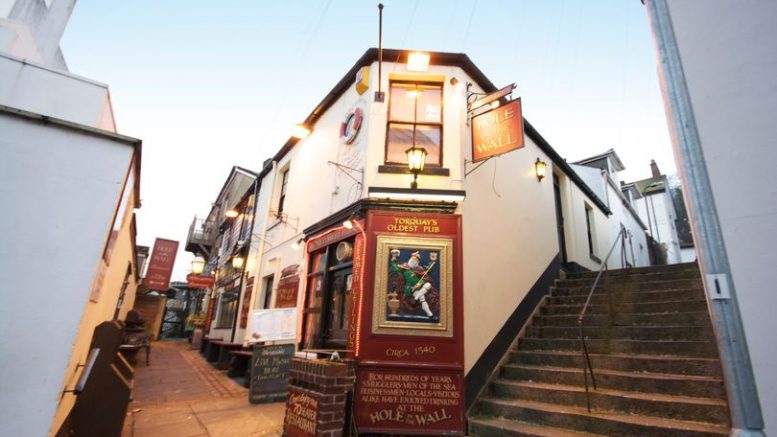 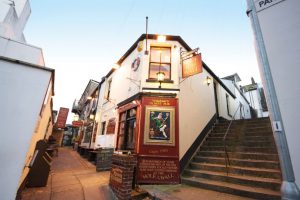 One of the oldest and most iconic pubs in South Devon has beensold.

Award-winning licence and leisure property Agents Bettesworths said it was delighted to announce the sale of The Hole in the Wall.

The Hole in the Wall is Torquay’s oldest inn and a thriving business with its origins as a hostelry dating back to 1540.

Over the year’s smugglers, men of the sea, business people, locals and visitors alike have enjoyed drinking in this authentic establishment with its cobble floors, low beamed ceilings and warm atmosphere.

The business has been owned and run by popular landlord David Jones for the past 19 years, who is now retiring.

The pub has been sold to Richard Cook, who is relocating to Torquay having previously worked all around the world in both the pub and restaurant trade and also in engineering.

Richard fell in love with the Hole in the Wall immediately with finance arranged through Carole Burke, of Barclays Bank.

Matt Bettesworth who handled the sale for Mr Jones said: “After 19 years at the Hole it has been a big decision for Dave to retire and hang up his boots following two very successful decades at this rather special pub.

“However, it creates a great opportunity for the new operator Richard Cook to secure what has to be one of the best known pubs in the South Devon area.

“I would like to take this opportunity to wish Dave a very happy and well deserved retirement and I know that many of his local and regulars will join me in wishing him and his family all the very best for the future.

“We also wish Richard Cook the best of luck with his new venture and look forward to popping in for a pint soon.”

The Hole in the Wall is at the top of Park Lane – less than a minutes’ walk to Torquay’s harbour and part of the busy town centre. It is among several other bars, clubs, pubs and restaurants in this part of Torquay.

The quirky Grade-II listed property has an L-shaped main trading area with low beamed ceilings and 60-plus covers, a 70-seat character restaurant with open galley-style commercial kitchen, a beer cellar, ladies and gents cloakrooms, plus a disabled toilet.

On first floor level there is a separate commercial kitchen, two bedroom accommodation with a further two attic rooms and a separate self-contained two bed owner’s flat, with its own entrance.

The Hole in the Wall is held on an Enterprise Inns lease and the business was sold of an asking price off £95,000, which included the trade inventory and goodwill.