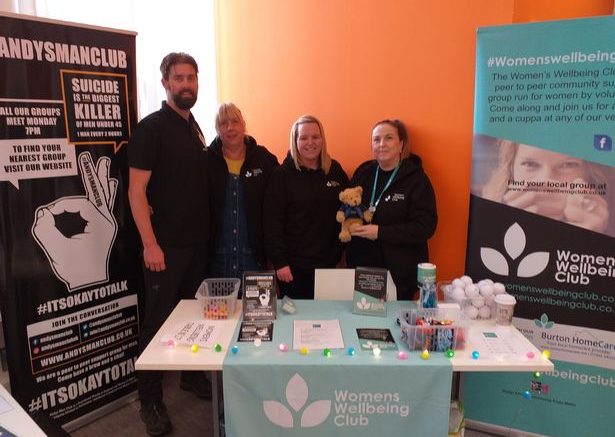 The pandemic has brought with it extra stresses and strains, and for many people, it’s had an adverse impact on their mental health – but help is at hand.

Women’s Wellbeing Club (WWC) was founded in April 2019 by Adam Fletcher and Chris Martin from Newton Abbot. Having both worked closely with men’s mental health group Andy’s Man Club, Chris and Adam realised that there needed to be a similarly safe and anonymous group for women.

Despite the founders being men, WWC is led by women for women, and now three new groups have arrived in Devon.

There are already local WWC branches in Newton Abbot, Exeter and Paignton and now groups have opened in Teignmouth and Plymouth – with one also on its way to Plympton.

The clubs will continue to help women over 18 to talk about any day-to-day struggles and any mental health issues in a safe, free and unjudgmental environment.

Since its humble beginnings – with the first meeting attended by 20 women – WWC has attracted thousands of online followers and has received award nominations for its contribution to the community. At least one member Antoinette Ede credits the group with saving her life after she hit rock-bottom.

Last year, she told DevonLive: “Women’s Wellbeing saved my life. Just to have somebody there is just fabulous – and it is just like an extended part of your family.”

After a rise in coronavirus cases locally, WWC temporarily shut the doors of their Paignton and Newton Abbot clubs, but they’re due to reopen Tuesday, March 2nd, with other clubs being held online.

The clubs fall under both mental health and support group categories and so can continue during the lockdown, with Covid restrictions, policies and risk assessments in place.

Adam Fletcher is now hoping that the new groups will go on to save many more lives.

He said: “We’ve got a lot of ladies who say that without the clubs they wouldn’t have people to talk to, so some ladies who use our clubs don’t have a social network – let alone in lockdown. They have no network, so they’re not even going out to the shops or anything like that and just having a ‘hello’ from neighbours.

“So having that bit of support online and with some of the clubs face-to-face, it’s vital in giving them a little bit of normality in their lives, especially over this last year.

“People don’t realise how important it is saying hello to someone walking down the street because you could be the only person that’s said hello to that person that day.”

To help prospective new members feel at ease, WWC has come up with a way to let women meet current members from the comfort of their own homes.

“We’ve got a coffee morning on March 21 at 10 am via Zoom,” said Adam. “There’s no format, no questions, nothing organised – it’s just a general coffee morning for women to get together and have a good old chat.

“So with that, they’ll be able to see the people who run the club, ask any questions they might want to and there’s no pressure to talk, and they’ll get to know people before they attend.

“That’s a good thing that we’re going to try and do each month to attract new people.

“For those women who can’t do that, we’ve got women who are happy to talk to you on our closed groups and give you that little bit of encouragement to walk through the door that first time.”

Facilitators are given three to four weeks of training before clubs open face-to-face, and WWC is hoping to launch additional groups in Okehampton and Falmouth later this year.

Want to hear more from Devon Live? Sign up to our newsletters here

Adam said WWC is always looking for help to get further groups off the ground.

He said: “If there’s anywhere in Devon where people think they might be able to help us open a club, then contact us info@womenswellbeingclub.co.uk, and we’ll certainly support anyone who wants to open a club under the Women’s Wellbeing Club name and obviously you’d get our full support and training.”

For more information about group locations and how to join, visit their webpage here. They can also be found on Facebook under Women’s Wellbeing Club CIC.

Anybody struggling with their mental health can also get support from The Samaritans. Their phone lines are open 24 hours a day, 7 days a week, and calls are free. They can be contacted on 116 113 with further contact options available here.

More homes will be built at development on edge of Exeter