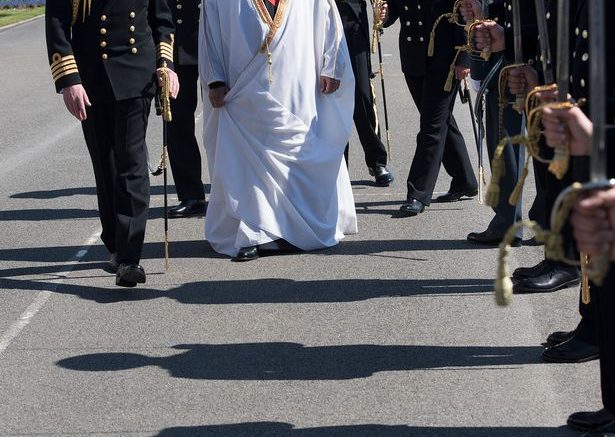 The Crown Prince of Bahrain has taken the Passing out Parade Salute at Dartmouth‘s Britannia Royal Naval College. He was making a return visit to BRNC to inspect the 152 young officers completing their Royal Navy Initial Naval Training course. 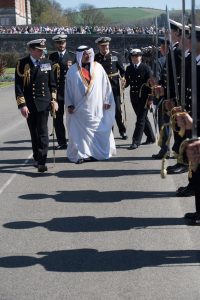 Why was the Crown Prince of Bahrain in Dartmouth the other day?

The Commanding Officer of BRNC, Captain Jolyon Woodard said: “It is a privilege to welcome His Royal Highness back to BRNC to inspect those passing out today.

“All have completed the demanding 29-week Initial Naval Training (Officers) course and they are now ready to serve as Commissioned Officers in their respective navies across the globe.

“What they have learnt at BRNC will remain with them throughout their careers. This is a very proud moment for them and their families, and I am equally proud of my staff at BRNC who have facilitated that training.”

Also taking part in the parade were Officer Cadets half way through their training who will pass out in August. The musical accompaniment was provided by the Band of Her Majesty’s Royal Marines, Plymouth.

Dignitaries from other Navies and organisations were among the VIP guests.