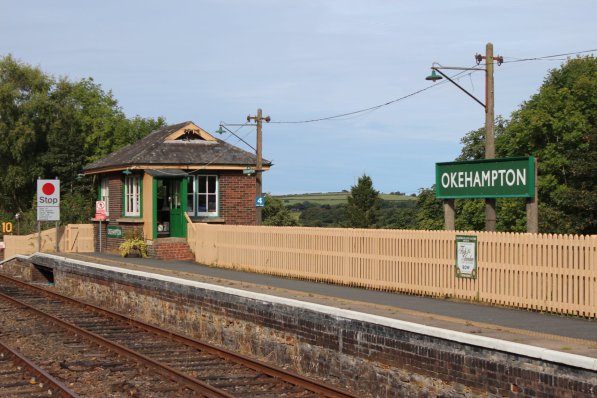 A study has revealed two possible preferred options for the plan 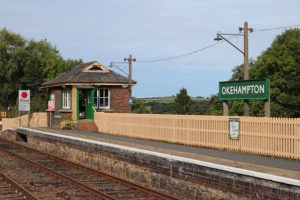 Two options have been identified for what could become a future station north of Dartmoor.

A study was commissioned by Devon County Council to inform discussions between Great Western Railway and the Department for Transport in the ongoing efforts to develop plans for the introduction of a service.

To meet the needs of current various operators of the line, including GWR, Aggregate Industries and Dartmoor Railway, a double platform on a single track line is seen as the preferred solution.

Having explored nine different options for potential station layouts, plus a car park and track maintenance, the most viable overall costings are around £9 million, although these initial estimates are approximate at this stage.

Mel Stride MP said: “I am very encouraged that we are now really getting into the detail of how a regular service between Okehampton and Exeter could be delivered. There are still hurdles to overcome, such as the need to improve parts of the track, but this is definitely a big step in the right direction. I’m also pleased that the report addresses the important issues of car parking and onward transport links such as a bus stop.”

Councillor Andrea Davis said: “Devon County Council is a long-standing supporter of the ambitions to re-introduce regular services to Okehampton. This report will help to inform discussion between GWR and the Department for Transport as they look to try and re-introduce a regular service. A substantial investment will be required and over the years. The County Council has shown in its commitment in supporting the summer service and helping keep the line alive.”

Councillor Kevin Ball said: “I welcome this report which gives a good foundation to work out the infrastructure needs of the line and make our ambition a reality. We now look forward to seeing GWR’s proposals. Hopefully this will bring the reintroduction of the much needed regular train services to Okehampton a step closer.”

Two potential options have also been considered for the layout of the car park to serve the station. Both options include around 210 parking spaces, 10 disabled car parking spaces, as well as a bus stop. Also there will be a taxi rank, pick up/dropoff area, motorcycle parking and bicycle parking.

However, one option is around £30,000 cheaper as it requires less construction and only one height restriction barrier.